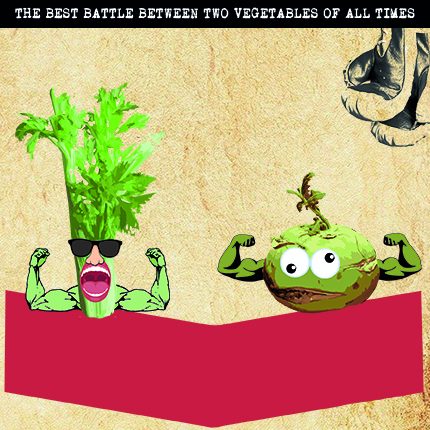 I will begin this article by stating what may be evident to many: human beings love to argue. We argue about various issues, although the discussions that usually get most of the attention have to do with moral, cultural, and, above all, political questions. I’m sure you’ve all discussed with a mother, uncle, or sister-in-law of different political alignment in a familiar celebration. They usually begin with an “innocent” comment or joke and end in a distressing discussion that ends up ruining your little cousin’s birthday.

Today, I will not talk about political discussions but about another type of disagreement that is usually considered less problematic or potentially less harmful: taste disagreements. Traditionally, it has been considered that human beings do not discuss matters of taste or, rather, that it does not make much sense to discuss matters of taste. If you love broccoli, but I don’t, good for you. I don’t give a damn. Likewise, if your favorite color is pink and I hate it, I probably don’t have much reason to try to convince you otherwise. This idea is reflected in the famous Latin dictum ‘De gustibus non est disputandum’ or in its multiple translations into different languages. For example, in Spanish, it is said ‘Sobre gustos no hay nada escrito’ or ‘Para gustos, los colores’, or in English ‘There is no accounting for taste’.

However, someone might object that, in fact, people do argue about issues of taste. For example, people often argue about her favorite artist or musical style. Alternatively, consider, for example, the fierce discussions about the last season of Game of Thrones. It is true that people have discussed and will continue to discuss these issues, but someone might say that these discussions are not strictly discussions on taste, but rather aesthetic discussions, something entirely different.

This would lead us to have to decide what topics make a discussion a discussion on taste -just culinary issues, or topics like music, film, and television as well? This seems like a Herculean task and, being Sunday, I’m going to do something a lot simpler. I will show you that culinary issues also produce discussions, specifically, how something as innocent as a preference for celery can end up in a real blood feast. Consider the following conversation on Reddit between Arhombus and Killmyfuck about the idea of using celery leaves:

As you can see, Killmyfuck and Arhombus, although they argue about something as innocuous and harmless as celery, they end up arguing because one likes celery and the other prefers rutabaga. The whole conversation is loaded with double meanings and ironies, and in the end, the discussion ends in insults and personal disqualifications, right after Killmyfuck alludes to Arhombus’ mother when he says that celery is better because ‘It goes good with everything. Like your mom’. In summary, taste discussions sometimes provoke disagreements as deep and violent as those produced by the most controversial political issues. In short, just as there are FC Barcelona or Olympiakos hooligans, just as there are republican or Democrat partisans, there are celery and rutabaga fanatics.