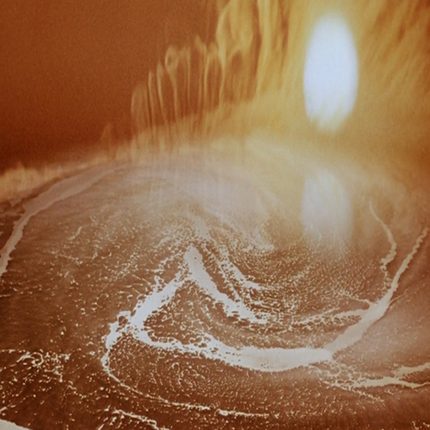 As I have said in Solaris, part 1 – The beginning: Problems and more problems, Solaris was converted over time into Tarkovsky’s least favorite film for several reasons. One of them was that he had to do certain changes because of Lem’s dissatisfaction with the adaptation of the novel. These differences were not only minor differences related to cinematographic issues but major differences that reflected two opposite forms of understanding human reason and human nature. Sometimes these differences are perfectly perceptible, but other times one needs to keep an eye on little subtleties to grasp these variations.

First of all, in Lem’s novel, the action takes place totally in the space station. Lem places Kris –the leading character in the novel– from the very beginning of the book, in a highly technified world. As Skakov says: ‘the beginning of Lem’s Solaris immediately informs the reader that he or she is entering the realm of science fiction’ (Skakov 2012: p. 75). Or, as Jackson & Petrie says, Lem’s style belongs to ‘“hard” science fiction’ [emphasis in the original] (Jackson & Petrie 1994: p. 100). For illustrative purposes, consider the first lines of Lem’s novel:

At 19.00 hours, ship’s time, I made my way to the launching bay. The men around the shaft stood aside to let me pass, and I climbed down into the capsule.
Inside the narrow cockpit, there was scarcely room to move. I attached the hose to the valve on my spacesuit and it inflated rapidly. From then on, I was incapable of making the smallest movement. There I stood, or rather hung suspended, enveloped in my pneumatic suit and yoke to the metal hull.
I looked up; through the transparent canopy I could see a smooth, polished wall and, far above, Moddard’s head leaning over the top of the shaft. He vanished, and suddenly I was plunged in darkness: the heavy protective cone had been lowered into place. Eight times I heard the hum of the electric motors which turned the screws, followed by the hiss of the shock-absorbers.

On the contrary, in Tarkovsky’s film, the action takes place only partially in the space station. The first forty minutes of the film show Kris in the surroundings of his parent’s dacha, the typical Russian country house. In this 40-minutes prelude, Tarkovsky effusively shows the natural beauty of our planet. Large sequences of leafs floating in the stream, luxuriant trees, beautiful ponds or thick mists that slowly unveil fields of flowers, mix thereby extolling the virtues of the planet Earth. This means, of course, a huge difference with the mathematical, robotic and aseptic ambient described by Lem.

Another point in which the humanization of the novel carried out by Tarkovsky is clearly evident concerns the very description of the space station. Lem and Tarkovsky put very different objects in the different rooms that conform the station. In the novel, objects such as books, aerial photographs, dirty glasses, or lots of different instruments –atmosphere suits, laboratory smocks, test-tubes, demisting devices, refrigerators, vacuum flasks– are listed. The only exception is a curtain decorated with flowers in Gibarian’s room. However, in the film, objects undoubtedly related to the Earth and the human culture can be seen: a collection of butterflies, and a porcelain vase in Snow’s room; a head of a Greek statue in front of something that seems a kind of tapestry, two bronze basins, a bronze Persian figurine of a cat, a sword, and a carpet in Gibarian’s room; and two globes of the Earth, several marble statues, a collection of beetles, a reproduction in scale of a cannon, a copy of the Don Quixote, masks of different colors and shapes, several violins, and stuffed birds in the library of the station.

Lem vs. Tarkovsky is a marvelous combat played out in subtleties. Two very different conceptions of human beings are in contention in the adaptation of the novel. Lem presents human beings as imperfect. Their reason always struggles against the immensity and deepness of the universe, perfectly exemplified by the unknowable brain-ocean. What better example that the end of the book to demonstrate this point:

That liquid giant had been the death of hundreds of men. The entire human race had tried in vain to establish even the most tenuous link with it, and it bore my weight without noticing me any more than it would notice a speck of dust.

However, Tarkovsky thinks that human values are an integral part of scientific activity. For the Russian director, if human and moral dimensions are not relevant for scientific knowledge, if they don’t serve as a compass, then it could be said that scientific knowledge is blind. Moral reflection about science is necessary if we want to develop scientific human knowledge. Unlike in Lem’s end, the last sequences of the film are not dedicated to present the limits of the human reason, but to show the bounties, emotions and feelings of the main character. Kris lands in the brain-ocean, on an island with the same dacha that appeared at the beginning of the film. There he encounters with his father and both meld in a cathartic embrace.