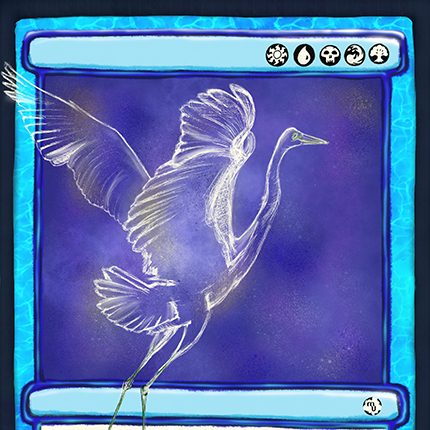 We inhabit a world, planet Earth, and, beyond it, there are others: near ones to be explored and perhaps colonized, like the Moon and Mars, distant ones, like Jupiter and Saturn, or the faraway, like Alpha Centauri and Trappist-1. All of them are within the known universe or, what you might call, the real world.

When the universe of reality is not enough, we seek different worlds –besides dystopias. We need those that are beyond reality, radically distinct from any one in which ours could become. In a nutshell, we need worlds that are not governed by physics laws but by magic, with supernatural beings and mythological monsters, with zombies, magicians, elves, or even with hobbits.

Fantasy literature is a prolific source for the creation of these worlds. Everyone –we hope– is familiar with Middle Earth, developed by J.R.R. Tolkien in The Silmarillion, The Hobbit, and The Lord of the Rings. It is populated by different races (hobbits, humans, elves, dwarves) and supernatural beings (orcs, trolls, spirits, shapeshifters). Its history is characterized by the eternal fight against the forces of evil, personified either in Morgoth or Sauron. Tolkien’s Middle Earth is undoubtedly the best-known fantasy world, but there are many others: The Kingkiller Chronicle by Patrick Rothfuss, Game of Thrones by George R. R. Martin, the Harry Potter saga by J. K. Rowling, The Witcher by Andrzej Sapkowski, or the Terramar Chronicles by Ursula K. Le Guin, to name just a few.

Science fiction literature usually creates highly technified evolutions of our current world, like Foundation Series by Isaac Asimov or the Ender Saga by Orson Scott Card. But it can also create hybrid ones, combining classic science fiction topics –hyper-advanced technology, AI, robots, star exploration– with mythological and supernatural elements that bring them closer to the fantasy of the Middle Earth. Among the latter, Dan Simmons’ The Hyperion Cantos deserve special mention. The world created by Simmons is populated by ships traveling at the speed of light and planets at the edge of the galaxy. However, it is also riddled with afterlife rituals, myths, ancient beliefs, and supernatural beings like the Shrike.

However, building imaginary worlds is not restricted to the literary or cinematic domains, and there is another way of creation that is far more interactive and dynamic: the gaming way. One outstanding fantasy world built through gaming is the multiverse of Magic the Gathering (MTG). MTG is a trading card game designed in 1993 by Richard Garfield and marketed worldwide by Wizards of the Coast. Despite the different products revolving around MTG, such as books or video games, as a trading card game, cards are the primary medium through which Wizards of the Coast build the MTG universe. So, in MTG, the world is built using small cardboard rectangles of 2.5 by 3.5 inches, or 63 by 88 mm. Although, in principle, it may seem small, it is enough to hold two elements. First, an illustration and, second, a text box where, only occasionally, a small text called ‘flavor text’ is inserted. Through these two elements, MTG’s multiverse is created little by little, card by card, illustration by illustration, detail by detail, flavor text by flavor text.

This is the beginning of a series of articles through which we will explore the nature of this very particular way of dynamic world building, and we will do so visiting Innistrad, a place populated by angels, humans, vampires, werewolves, zombies and ghosts.