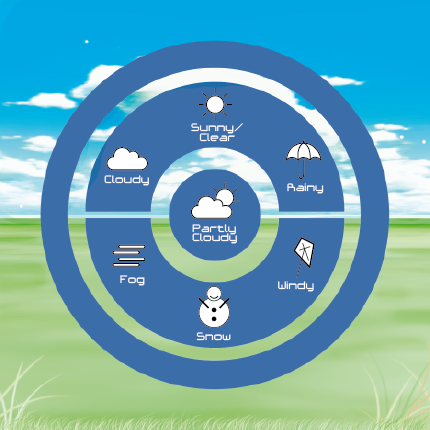 Almost two years of Pokemon Go, and what can we say about it? Three generations of pokemon –Kanto, Johto and Hoenn–, special missions that need between 7 and 20 people to accomplish them, special days dedicated to create communal ties –the so-called ‘community days’–, a lot of fun, a lot of steps taken, a lot of people who haven’t exercised long time ago walking, running, biking and skating, but, above all, augmented reality. A lot of noise on this subject has been made before and after the publishment of the game. The amount of blogs and websites addressing this aspect of the game is huge. Pokemon Go is not the first game using this technology, but it has been the first game that uses it and that has achieved worldwide fame. Here just a few examples to illustrate: Pokemon Go changed the way people look at their phones forever, Did Pokemon Go really change how marketers view augmented reality?, Pokemon Go gets a new and improved augmented reality mode. Although this is very interesting, it’s not going to be the focus of this article. Instead, we’re going to assess an often over-looked feature of the game: its enormous capacity to evolve, including over time applications that we frequently use in our phones. If Pokemon Go keep going at this rate, maybe in two, three or ten years, if you play Pokemon Go you’ll only need one app in your phone: yeah, that’s right, Pokemon Go.

From the end of the last year, Pokemon Go is able to sync with the local weather conditions. This has led to some improvements: some new animations onscreen representing particular weather conditions –rain, wind or snow, for example–, or more probability to catch particular pokemon depending on the local weather. In a clear day, the sun shines brightly, and grass, ground and fire pokemon are seen more often. In a rainy day, water, electric and bug pokemon are more likely. Although this is very interesting for all players –Ohh yes, come on clear and partly cloudy days, I want all those Larvitar– I have to confess that, since the weather sync was updated, I rarely visit weather forecast websites or use weather forecast applications. When I wake up, I just simply turn on my phone, open Pokemon Go and see what is the local weather in that moment. If I see the rain icon, then I just grab my umbrella and go out to work. If I see the clear day icon, then I don’t need to worry. Maybe you are thinking that, once I check the weather, I confirm the Pokemon Go’s forecast in the real world, for example looking through the window. True, sometimes I do this. But sometimes I don’t, because the synchronization with the local weather is just nuts. On some occasions, Pokemon Go fails to predict sudden weather changes, but very often, it succeeds in predicting weather changes that happen in question of minutes. From partly cloud at 10:32, to cloudy at 10:40, to rainy at 10:54. In sum, weather sync in Pokemon Go is really good but it is not infallible, just as weather forecast websites and applications are. Maybe Pokemon Go is using the information of these websites and applications. If I can access to the same info in just one app, why am I going to need the others? 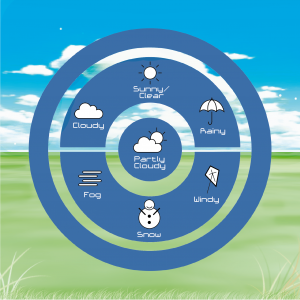 Another feature of the game that could make obsolete some websites has to do with the existence of PokeStops. PokeStops are blue discs that allow players to collect items. They represent prominent locations in real world: monuments, churches, fonts, statues, institutional buildings, but also graffitis. Now, when I arrive at a new city, I no longer go to the tourist information office. Now, I turn on my phone, open Pokemon Go, and see the distribution of PokeStops. Where there is a lot of PokeStops placed side-by-side, there is no doubt, that’s the old centre of the city. Each PokeStop have some info: the name of the location, and sometimes a brief description of the location. It’s true that there are not so many of these descriptions at this moment, but implementing this change could be easily accomplished. Just as Wikipedia allows people to edit their entries, it would be great if Niantic would allow players to edit the info related with PokeStops in some way. In doing this, we would have a worldwide tourist guide. Regardless where you were, if you had Pokemon Go in your phone, you would have all the info of all remarkable places of all cities in the world. Maybe this is just a dream, but one that is totally plausible. Don’t forget, the community of Pokemon Go is strong enough to make this happen.