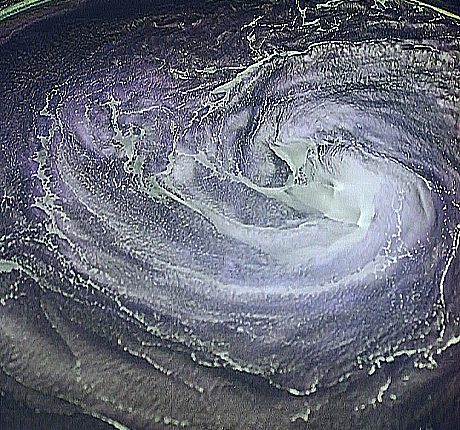 Tarkovsky’s Solaris is a film masterpiece. That’s my first statement. Maybe most of you are thinking right now that this is a quite trivial statement, particularly to begin an article about Tarkovsky’s cinema. However, many people who love Solaris are not aware of the myriad of different things that mesh together to make this excellent movie. Funny facts or enemies to defeat are as legitimate elements of Solaris as deep existential ideas, rich symbologies or amazing recording planes. The aim of this first of a series of articles on Solaris is to present some of the problems Tarkovsky had to overcome for this project came into being. This is a first approximation that will help us to take contact with Tarkovsky’s world. Besides, it’s quite possible that in this process you end up having a different perspective about Solaris, in particular, and about Tarkovsky’s cinema, in general. If I’m successful in that, I think I am lucky.

First of all, I’d like to say that Solaris is, as some authors (Turovskaya 1990; Johnson & Petrie 1994) have suggested, Tarkovsky’s least favorite film. This dissatisfaction maybe has to do with two different circumstances. The first one is related to the fact that the bureaucrats of Goskino –the USSR Committee for Cinematography– usually reined Tarkovsky’s creativity. It was not only the huge amount of changes they asked Tarkovsky to do. The fact that the original approved budget of 1.850.000 rubles was reduced three or four times, leaving it in just 900.000 rubles, also played a role. Many entries of his diaries are a good proof of this: for example, the entries from 17 to 24 of October of 1970 (see Tarkovsky 1994: pp. 25-27).

The second reason for Tarkovsky’s dissatisfaction was probably due to the problems he had with Stanislaw Lem, the writer of the novel. Lem had published the book in 1961. When Tarkovsky decided to adapt the novel, in October 1968, he saw the necessity to make certain major changes. One of these changes concerned the very structure of the action: in Lem’s book, everything takes place on the spatial station. However, Tarkovsky decided to make a long prelude set on the Earth. The second major difference with Lem’s novel consisted of the introduction of a new important character, Kris’s wife, Maria. As Turovskaya comments, Lem was profoundly disturbed by this idea and wrote to Tarkovsky complaining about the screen adaptation. For him, the screenplay ‘reduced the ethical and philosophical conflicts involved to nothing more than the melodrama of a family squabble’ (Turovskaya 1990: p. 53). Tarkovsky did not argue with Lem and gave up on the idea of introducing the Maria character. However, he did not abandon the idea of the prologue on the Earth. This prologue, this 40 minutes lenght prelude, was his hallmark. It’s what distinguishes, among other things, his movie from Lem’s book. For this reason, it’s going to be the starting point of the next article.